About Our Businesses Our ESG Commitment Careers 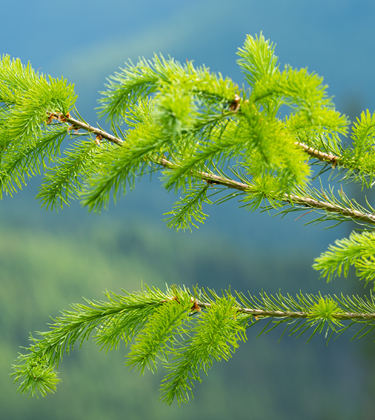 PotlatchDeltic’s timberland climate analysis evaluates the potential physical impacts that changes in atmospheric CO2, temperature, and precipitation could have on our timberlands under various greenhouse gas (GHG) scenarios. We have evaluated potential physical impacts on two regions: 1) our Idaho timberlands; and 2) our Gulf South timberlands (Arkansas, Louisiana, Mississippi, and Alabama). The analysis was conducted utilizing guidance from the Task Force on Climate-related Financial Disclosures (TCFD) and using the National Council for Air and Stream Improvement (NCASI) Climate Projection Analysis Tool (NCASI Climate Tool).

The analysis is based on the Intergovernmental Panel on Climate Change (IPCC) scenarios called Representative Concentration Pathways (RCP). An RCP represents a prescribed pathway for anthropogenic (human caused) GHG emissions and land use change and serves as the basis for modeling the resulting atmospheric CO2 equivalent concentration. Concentrations project the resulting radiative forcing or additional warming that could occur in the lower atmosphere under a given emission pathway.

The NCASI Climate Projection Analysis Tool (CPAT) utilizes spatially downscaled climate model projections from the Coupled Model Intercomparison Project (CMIP-5) dataset for the period 2000-2099 for the four RCP scenarios. The model projections include temperature and precipitation impacts to 2100 for our two identified regions and enable the evaluation of climate boundaries for our primary tree species in each region. In addition, we address the general biological response for timberlands arising from higher CO2 levels in the atmosphere. It is important to note that confidence in climate model output is greatest for global and continental-scale results. Downscaled models, currently, cannot reliably replicate climate histories at local to regional scales. This means that model outputs for any region may not be representative of actual future conditions.

Projections of future greenhouse gas concentrations and localized climatic conditions have many variables. The ability to integrate the variables at meaningful scales to predict forest growth is subject to substantial ranges of error that encompass the entire range of the projected outcomes. Our initial analysis of regional physical climate changes and the potential for positive and negative impacts has revealed as many or more upside impacts to tree growth and productivity as downside risks or losses. Overall, increased CO2 concentrations coupled with gradual warming and largely unchanged precipitation patterns are supportive of productive forests.

Downscaled RCP 2.6 and 6.0 projections for northern Idaho indicate annual climatic conditions will be well suited for commercial species’ growth and productivity through the 2100 decade.

Long term changes in climatic conditions in Idaho are likely to be more variable than in the Gulf South and growth rates for different tree species may increase or decrease. Elevation, aspect, and soil characteristics are all likely to interact with long term climate changes to determine net growth rate changes. Higher elevations in Idaho are projected to warm relatively more than lower elevations and cause rising snowlines. This may improve higher elevation growth rates by lengthening the growing season and increasing the number of growing degree days. Lower elevation sites in Idaho with south and west facing slopes located on the western fringe of our Idaho timberlands may have a risk of increasing water stress.

Increased frequency, duration, or intensity of droughts in Idaho may increase wildfire risk and increase variability in annual planting success and could result in increased casualty losses or higher forest management expenses. In the Gulf South, climate boundaries and climate productivity ranges were examined for loblolly pine, which is a valuable commercial species in the region. Downscaled RCP 4.5 and 6.0 projections for the Gulf South reveal general climatic conditions will be well suited for loblolly pine growth and productivity. The two productivity studies we reference show that the northern portion of the loblolly range will benefit the most and the southern fringe will eventually become less favorable. The improvement in the northern portion of the range is observed from the east to the west.

We also note that there is currently a lack of alignment between actuals and projections for the Gulf South. EPA data also shows that the Gulf South is not warming like other areas of the country and world. Winters have gotten warmer, and summers have cooled, and it has gotten wetter with both factors demonstrating long term trends. 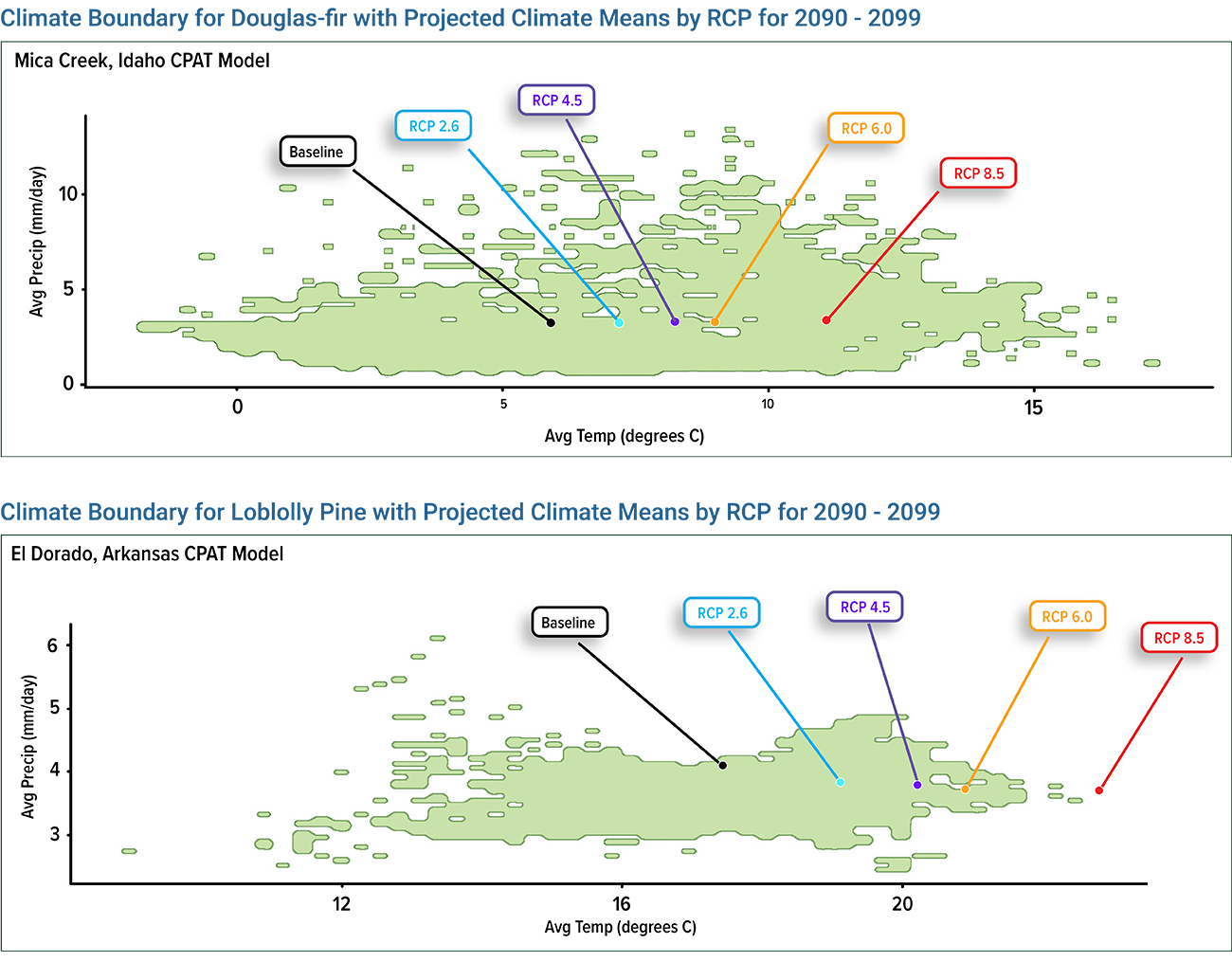 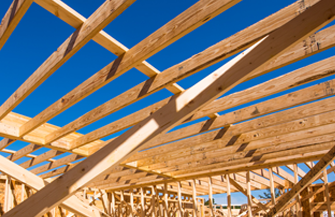 Climate-related risks and opportunities include transition risks and opportunities include changes in policy or regulatory requirements, technology-related requirements, and market changes. The risks identified are incorporated into our Enterprise Risk Management process, and we continue to enhance our mitigation measures. Opportunities are considered in our strategic and operating plans and in our advocacy and policy initiatives. These factors can impact our business, strategy, and financial planning and will be evaluated in greater detail as we conduct our detailed scenario analysis in the years to come.

Policies could emerge supporting markets for biomass or liquid fuels from wood residuals sourced from sustainably managed forests. These policies could expand market demand for residual wood fiber remaining from wood product manufacturing, a portion of which otherwise could go to waste. Policies could also promote biochar markets for use as a soil ameliorant and carbon sequestration. The use of these residual materials for energy or liquid fuels would substitute biogenic emissions for emissions from fossil fuels.

The emerging momentum for mass timber in tall buildings exemplifies how innovation in wood products can provide significant opportunities. Developers and architects are attracted to the ability to incorporate sustainability and the carbon capture benefits of mass timber, its advantages, and its aesthetic appeal in non-residential and multifamily buildings. The recent changes to the International Building Codes allow mass timber to be used to construct buildings that are up to eighteen stories and provide potential for significant growth of mass timber use. Other new technologies for products using cellulose or wood fiber also continue to be developed and could increase with incentives that promote their development. Policies and incentives that encourage greater use of wood-based products in buildings or in building materials are also expected to increase, including emphasis on green building certification programs. Buildings are responsible for 39% of global energy-related carbon emissions, of which 28% are from operational emissions and 11% are from materials and construction (embodied carbon). Incentives, such as a transferable tax credit, could be established for use of higher performing products in construction to lower the embodied carbon or CO2 equivalent emissions associated with a cradle-to-grave footprint. Federal procurement policies could also prioritize carbon beneficial building materials. Wood products are well positioned to benefit from such policies given that they store carbon and have lower embodied carbon emissions, when sourced from sustainably managed forests, relative to other substitute materials.

Carbon taxes could be introduced to set a price that emitters pay per ton of GHG emissions to encourage companies to reduce their emissions. Taxes could be based on emissions or be applied to specific GHG intensive products such as gasoline. Our GHG emissions are relatively low and are mostly from natural gas and electricity used at our wood products facilities and from mobile sources harvesting timber and hauling logs. A tax could increase costs associated with these operations or result in additional capital expenditures to shift to other technologies.

The development of emissions trading systems (cap-and-trade) could continue to expand through emissions caps across specific industries. This mechanism currently exists in California as a statewide multi-sector initiative. We currently participate in the California Air Resources Board Cap-and-Trade system, which limits the amount of greenhouse gases (GHG) industries can emit.

Market-based policy mechanisms that reward carbon benefits at scale have the potential to support a significant market opportunity for sustainably managed working forests. These could develop as a transferable landowner tax credit for carbon sequestration as well as through carbon offset programs. For example, frameworks could utilize a practice-based option where the tax credit or offset is determined by forest owner implementation of USDA practices based on science-based sequestration estimates. In addition, frameworks could also provide a performance-based option that would enable a tax credit or offset to be determined by carbon sequestration above a baseline using a credible carbon accounting framework that is rigorous and streamlined.

Voluntary offset markets for carbon emissions are likely to continue to grow rapidly as companies rely on offsetting projects to achieve national or corporate GHG reduction targets by mitigating some of their emissions. As demand for carbon credits grows, voluntary markets that are large, transparent, and verifiable will likely emerge. As industry and public policy develop to overcome the challenges of establishing a robust carbon credit market, additional opportunities may become available for forest landowners to provide natural climate solutions.

BACK TO CARBON AND CLIMATE